*This Information Covers Various Zones However, The DoubleDRanch is an D-13 Zone

Most hunters might think that Oregon or Washington are the go to spots when they think of blacktail deer.   However, from the ocean beaches inland to I-5 and beyond, California is home to quite large numbers of blacktailed and mule deer/blacktail hybrids. These deer have sometimes been treated as a species, but virtually all recent authorities maintain they are subspecies. The Columbian black-tailed deer (Odocoileus hemionus columbianus) is found in western North America, from Northern California into the Pacific Northwest and coastal British Columbia.

California is divided into five main deer management zones in our state. The pure coastal deer is found in our A-Zone complex, which is west of Highway 101 from Ventura County and up to Mendocino County. Then into the B-Zone hunts through the middle of Trinity County. Further inland, hunters may find pure blacktail deer, but as mule deer and blacktails mix, when you are east of the I-5, the deer get bigger and show different physical characteristics than the coastal deer.

According to Craig Stowers, Deer Program Coordinator for the California Department of Fish and Game, B-Zone hunts in northwestern California offer the most opportunity. “If you are hunting for blacktails and/or you just want to go hunting, concentrate on the B-Zone complex. There is lots of public ground with good access and tags can be purchased over the counter for the d-Zone complex,” Stowers said.

The B-8 season runs (check dates on CDFW – September through October). bag limit is one buck, forked horn or better.  A large percentage of the top blacktail habitat is generally on private property, which acts as a reservoir for public land deer. The Double D Ranch is a private hunting ranch in Lebec, California situated in the D-13 Zone.

Travel up West of the I-5, and the ground rises up toward the coastal mountains. It is semi-open and oak-encrusted with conifers at higher elevation. The main vegetation in this area are acorns, ceanothus along side other browse and grasses which are the main food sources for our deer and wild hogs.

Hunts are spot-and-stalk or conducted near waterholes traveled to by vehicles (4x4 pickups or ATVs) are used to move from location to location and for retrieval of game. In some areas, hunters may see between three and seven bucks per day during season. In elevations that range between 500 and 1100 feet above sea level, later in the season, with snows blanketing the high country, other deer may migrate in. 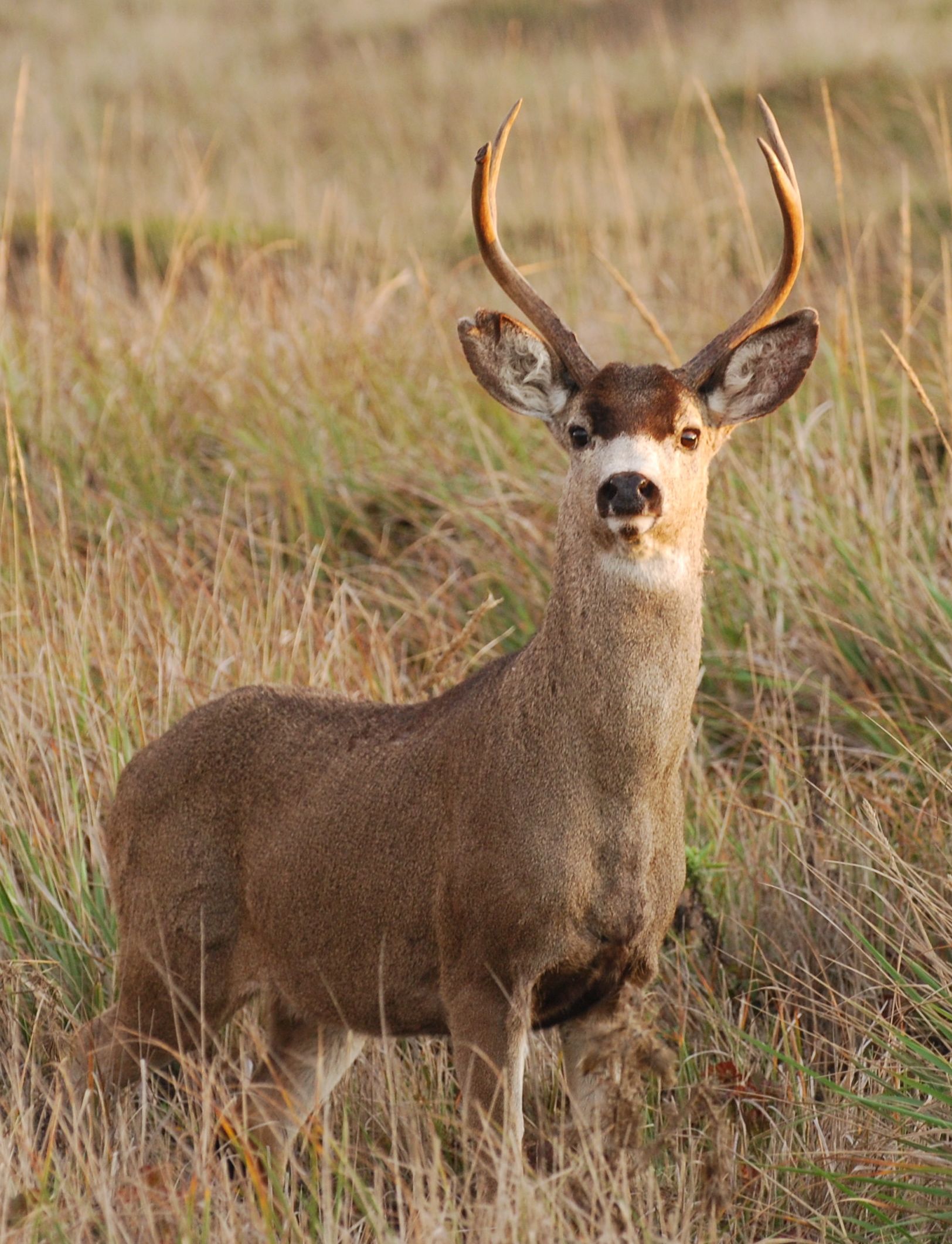 Our hunters stay in hotels in Lebec, California and are responsible for their own breakfasts and dinners. There are local stores where one can pick up fuel, lunches, snacks and drinks to bring on the hunts.

See the California Department of Fish & Wildlife for prices on resident and nonresident hunting licenses. Prices change and vary between areas, hunt types for both resident and non-resident deer tag costs. Note that nonresidents should plan ahead abd must purchase licenses at CADFG offices. For the most accurate information on mammal hunting licenses and regulations, go to California’s .gov website for more on big game regulations home page.